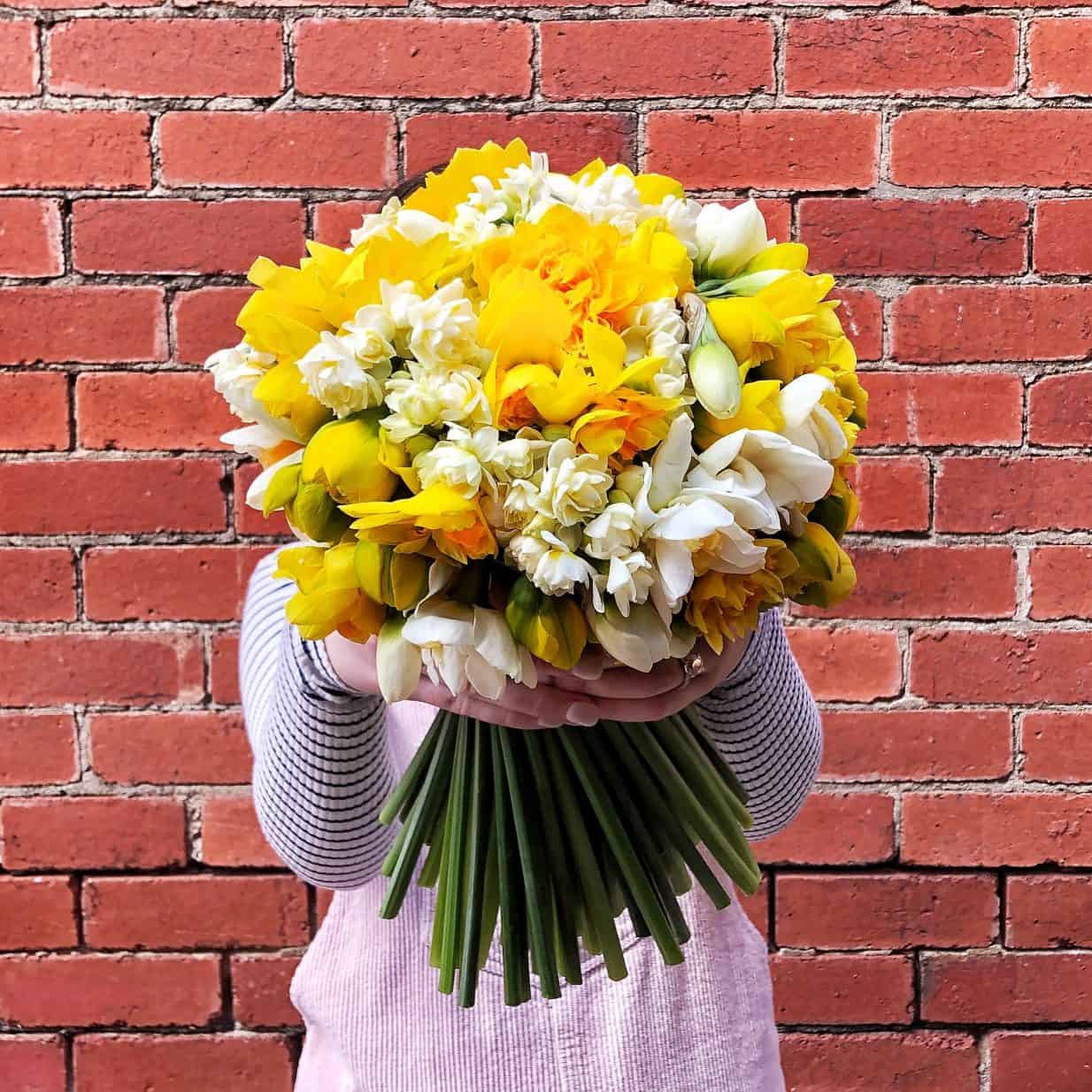 The humble Daffodil is well known and much loved by just about everyone.  Their bright color and cheerful, distinctive form make them irresistible both  as a cut flower and in the garden.  I just love them.  When they start to appear at the markets and then pop up all over the neighborhood in pots and garden beds, I just know that Winter is drawing to a close and Spring will soon be here.  And that makes me HAPPY!

Daffodils are also a symbol of Hope, Rebirth and Renewal as well as Egoism and Narcissism.  Yep, that right.  EGOISM AND NARCISSISM!!

There is an ancient Greek myth which tells a story of a young man called Narcissus.  He was the son of the River god Kefis and a nymph called Liripe. His exquisite good looks drew a lot of attention and almost every girl in the country was in love with him. He was also quite enamored with himself. So in love was he  with his own appearance that nothing else could catch his attention. A young nymph called Echo was madly in love with him, but despite her best efforts, Narcissus never noticed her. So she decided to ask for help from the goddess of revenge Nemesis.

The goddess cursed the young Narcissus and one day, when he was on his way home from a hunt, he saw his own reflection in the water.  Of course he fell in love with it and desperately tried to hug his reflection in the water – with no luck.  He tried over and over until he finally gave up and lay on the grass where he died from exhaustion.

When they came to bury his body, he was nowhere to be found and in the place where he was lying, there was a bright yellow flower. In his honor, the Greeks named it Narcissus.